Pope Francis' pilgrimage to Assisi on Nov. 12 2021 was dedicated totally to the poor in preparation for the celebration Nov. 14 of the 2021 World Day of the Poor. Sr. Henni, who works with Fratello, a France-based charity, shares her experience of the event in this article. 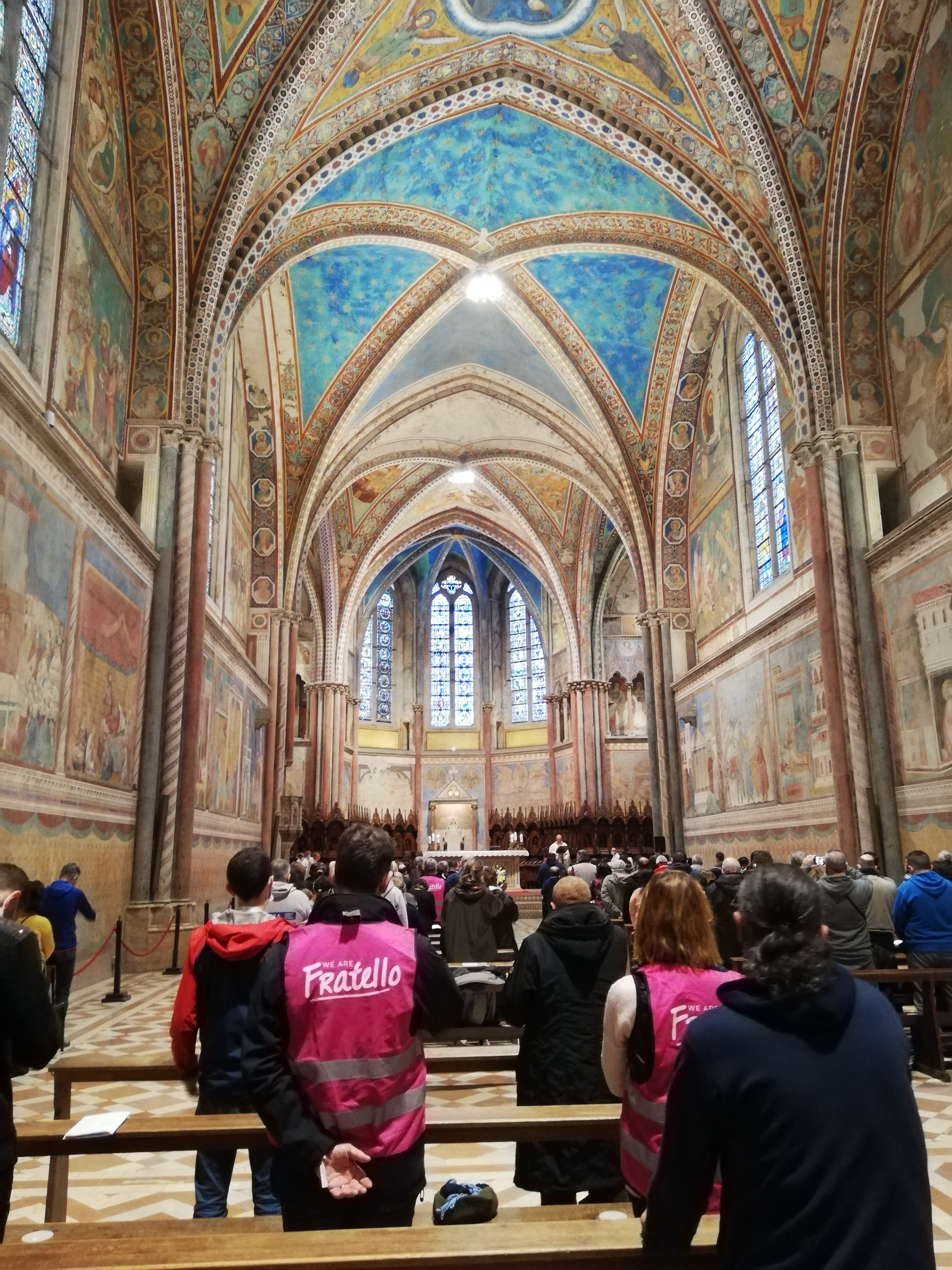 Fratello is a celebration for poor people, but during these two days I didn’t see poor people. What I saw was “Love and simplicity.” 13th night of November, we had a night prayer together. People from different places in Paris were welcomed warmly and served with hot chocolate.

Everyone looked so happy. Seeing them, I asked myself, “What does being poor mean?” 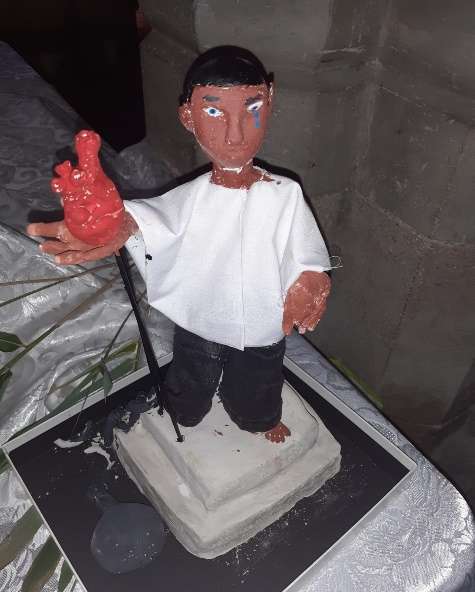 The next day, we had a morning mass in Saint-Denis. The church was filled with many faithful people. Young people from La Courneuve had made a Christmas crib to send to Vatican. It was offered during the mass. The bishop asked the young people to present the meaning of the statue to whole church. It was a statue of a man who really wanted to give his heart to God, but he struggled a lot because the world also tried to drag him down. I’d seen this statue a lot because the young people worked in the basement of our community, but I felt more connected to it during the mass.

The statue was fragile and broken, the head broke, the finger cut off, the world cracked. It really showed the reality of us human beings: cracked, imperfect, broken, but we all are accepted by God. 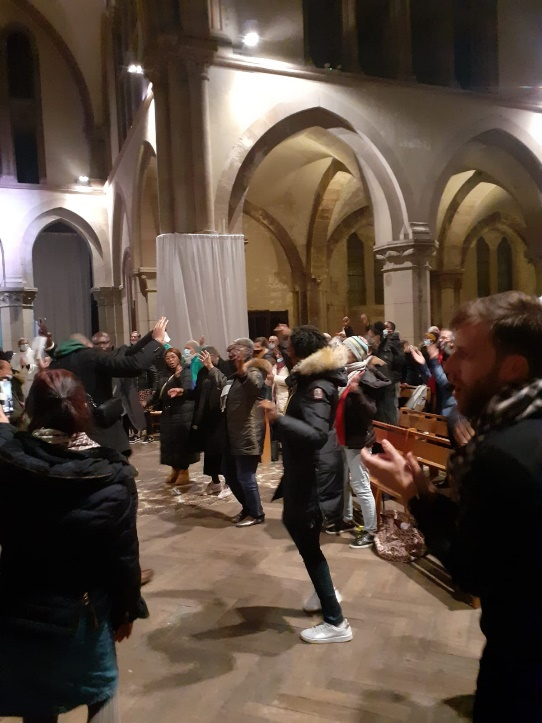 Grand breads were offered also during the offertory. It was a  new experience for me, seeing immense breads, and I believe it symbolized the community, the sharing and eating together.

After mass, we were sent to two salles for eating together. It reminded me about the Gospel “Five breads and two fish.” The people shared food and stories. Everybody felt welcomed and loved, and no one was left out. We played games together, the atmosphere was warm.  The celebration was about love and sharing. Everyone had a big heart to receive and to give. Where usually they feel they do not belong anywhere, but this moment, they belonged to some group, and that’s very impressive.

Click Here to read about the 2021 World Day of the Poor.