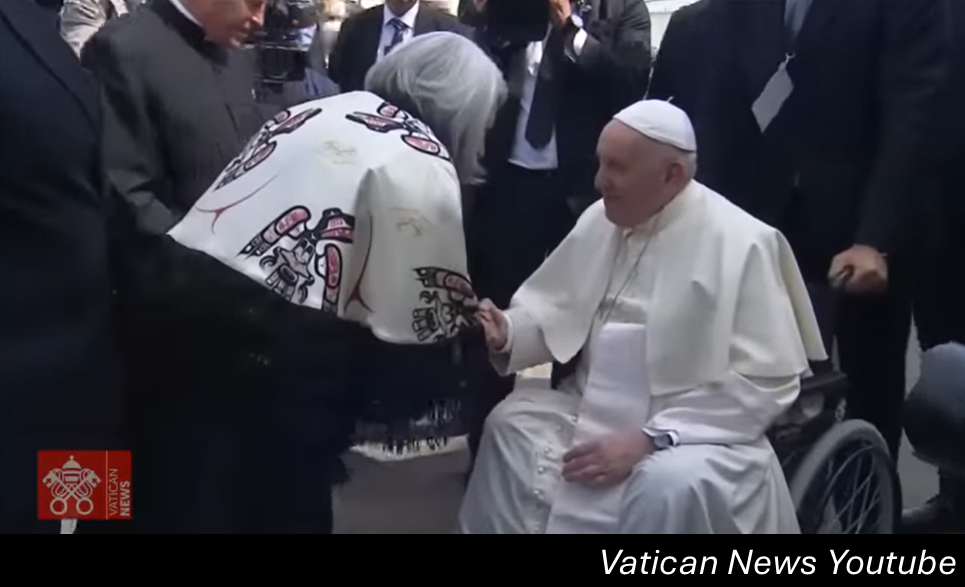 "Today I am here, in this land that, along with its ancient memories, preserves the scars of still open wounds. I am here because the first step of my penitential pilgrimage among you is that of again asking forgiveness, of telling you once more that I am deeply sorry. Sorry for the ways in which, regrettably, many Christians supported the colonizing mentality of the powers that oppressed the indigenous peoples.

I am sorry. I ask forgiveness, in particular, for the ways in which many members of the Church and of religious communities cooperated, not least through their indifference, in projects of cultural destruction and forced assimilation promoted by the governments of that time, which culminated in the system of residential schools.

Although Christian charity was not absent, and there were many outstanding instances of devotion and care for children, the overall effects of the policies linked to the residential schools were catastrophic. What our Christian faith tells us is that this was a disastrous error, incompatible with the Gospel of Jesus Christ. It is painful to think of how the firm soil of values, language and culture that made up the authentic identity of your peoples was eroded, and that you have continued to pay the price of this. In the face of this deplorable evil, the Church kneels before God and implores his forgiveness for the sins of her children (cf. JOHN PAUL II, Bull Incarnationis Mysterium [29 November 1998), 11: AAS 91 [1999], 140). I myself wish to reaffirm this, with shame and unambiguously. I humbly beg forgiveness for the evil committed by so many Christians against the indigenous peoples."

Click here to view all media and message of the Apostolic Journey of Pope Francis to Canada.

"The Honorable Murray Sinclair, former senator and chair of the Truth and Reconciliation Commission of Canada (TRC), issued the following statement:

“I want to recognize the importance of the Pope’s apology to Survivors, their families, and communities. For many Survivors, I know that hearing the words of contrition from the Pope was, and is, an important factor in their personal recoveries and growth. My thoughts and prayers were with them as they listened. 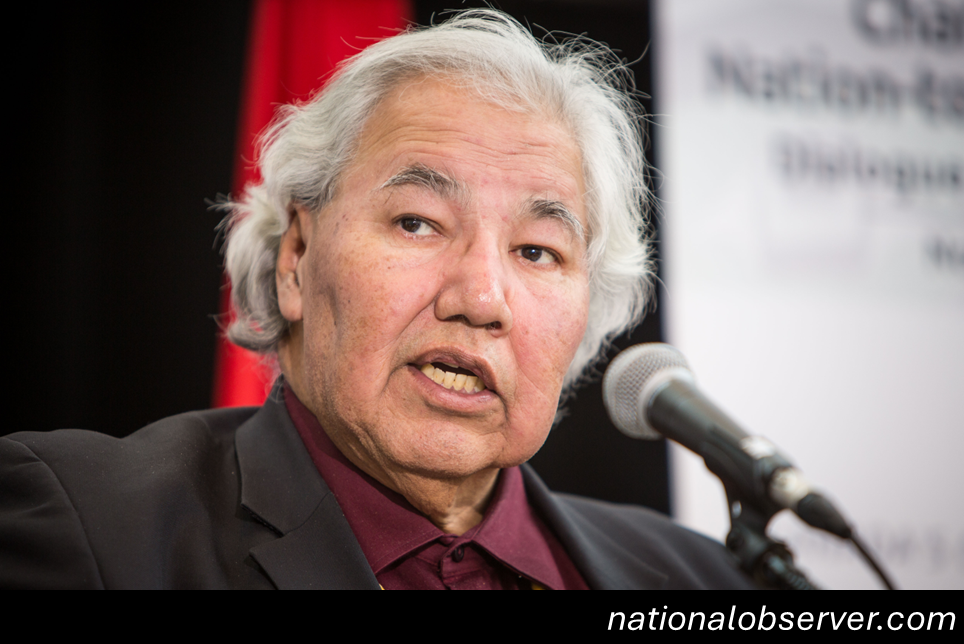 When we set out Call to Action 58 in the TRC final report, the goal was always to have Survivors hear first-hand not only remorse, but an acceptance of responsibility for what they were put through at the hands of the Church and other institutions.

Despite this historic apology, the Holy Father’s statement has left a deep hole in the acknowledgement of the full role of the Church in the Residential School system, by placing blame on individual members of the Church. It is important to underscore that the Church was not just an agent of the state, nor simply a participant in government policy, but was a lead co-author of the darkest chapters in the history of this land."

Click here to read to full text (in English) of Murray Sinclair on the Pope's Apology.